IBM and SAP: The Power Couple of Digital Business

The marriage of SAP HANA and IBM’s Power Systems has created a next-generation platform tuned for the flexibility, resiliency, and performance required by the digital age.

As companies in industries from finance to healthcare race toward a digital future, the pace of data-driven business transformation is accelerating. But all too often, existing IT infrastructure still struggles to keep up.

Fed by the Internet of Things (IoT) and the daily transactions of a digital era, data is the heartbeat of business today, opening up opportunities for new revenue streams, creating foundations for more engaged customer relationships, and delivering insights that weren’t previously possible. Businesses store a lot of their data on cloud-based systems, this is where a sharepoint migration tool can help when moving data over to another area. The explosion of data is fueling a digital universe that’s expected to double every two years, surging from 4.4 trillion gigabytes in 2013 to a whopping 44 zettabytes-or 44 trillion gigabytes-by 2020, according to research from IDC and EMC. Internet only 5 percent of this data trove was deemed valuable in 2013, that percentage is expected to more than double by 2020 as companies bring new data sources into the fold and leverage emerging big-data analytics capabilities to spin the deluge into something useful, the research found. In fact, 80 percent of CEOs now depend on data for insights to guide their decision making, and companies actively engaged in analytics are 3.6 times more likely to outperform their competitors and peers, according to collaborative research by the IBM Institute for Business Value and the University of Oxford. 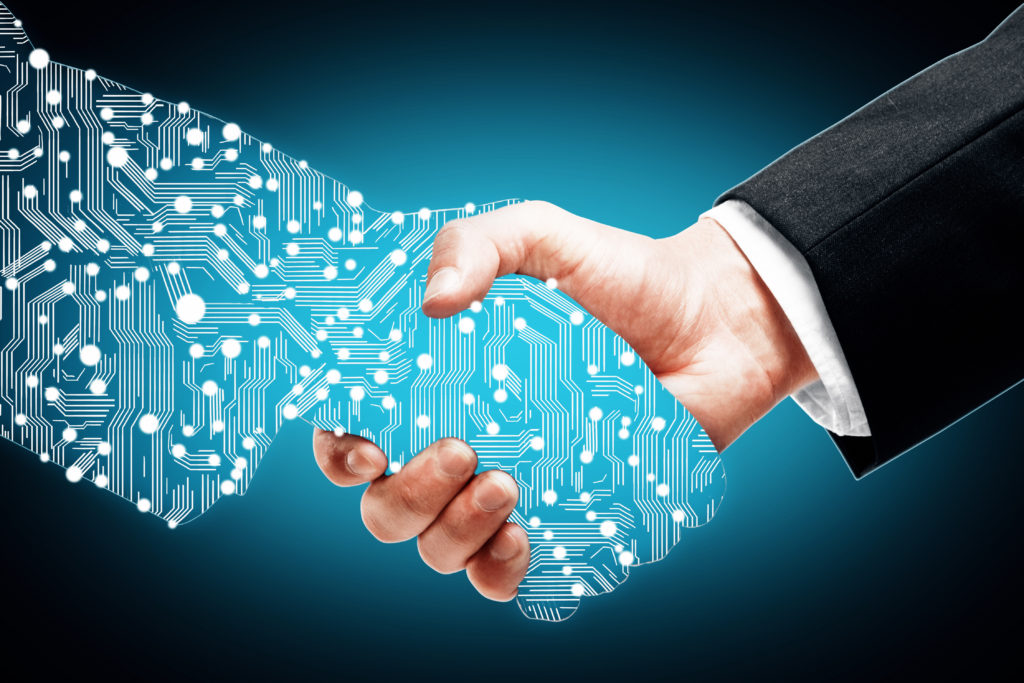 ew digital era’s obvious competitive advantages for those organizations equipped to handle complex data queries, many companies are finding that their existing systems and IT infrastructures are buckling under the weight of all this data and are inadequate for their updated business requirements. They need a platform that’s optimized from the ground up to handle analytics on large volumes of data in real time and that can deliver the flexibility and scalability demanded by the current pace of change.

“The amount of data and complexity of queries has become a business stumbling block,” says Brian Burke, global SAP Solutions executive for the IBM SAP Alliance. “From the customers’ perspective, it really is the perfect storm.”

Increasingly, the solution can be found in a next-generation platform built to handle the rigors of modern-day digital business. Some businesses may find this platform by using digital transformation techniques that will allow their business to cope with the growing demands it may bring. To help get there, they may want to visit website here to get any information they may need to deal with the real-time business operations. The SAP HANA in-memory relational database technology and application platform, coupled with IBM’s Power Systems line of hardware and services, delivers the greater speed and superior data management needed for advanced analytics operations even as it supports a flexible, on-demand capacity that can scale easily to meet changing enterprise requirements and accommodate ongoing business fluctuations. (For a real-life story about how one global enterprise, the Bosch Group, is using the combination to transform itself, see “The Partnership in Action,” below.)

SAP HANA, which taps an in-memory approach to offer significant speed advantages for large-scale, diverse data sets, is equally well-suited for advanced analytics or as a platform for running mission-critical, transactional applications such as finance systems and customer relationship management (CRM). Since HANA debuted in 2010, adoption rates have risen significantly. About 45 percent of respondents to a survey by the Americas’ SAP User’s Group (ASUG) implemented the technology in 2015, up from 40 percent a year earlier. Of those that had implemented SAP HANA, 23 percent had additional projects underway, 22 percent had one or more initiatives planned and approved, and 31 percent had projects in the pipeline, but no funding, according to the ASUG survey.

As more of those SAP HANA deployments involve 24/ 7 operations, enterprises are seeking the peace of mind that comes from deploying their mission-critical systems on a platform offering proven scalability and resiliency. That level of confidence gets harder to achieve within the limitations of an Intel x86-based infrastructure as systems get more complex and data sets trend larger, IBM’s Burke contends.

“Now that you’re running transactional and mission-critical systems on HANA, you have to have a reliable and mature system that is also unlimited in how big you can make it,” he says. “There are so many limitations in the x86 commodity world.” The combination of SAP HANA and IBM Power Systems-backed by a collaborative partnership between the two companies-addresses these concerns, delivering the flexibility, resiliency, and performance required to fully exploit SAP HANA solutions, he adds.

IBM Power Systems for SAP HANA makes good on its promise of flexibility in multiple ways. For one thing, virtualization is supported out of the box, allowing multiple SAP HANA virtual machines to be consolidated on a single IBM Power Systems server, including both production and nonproduction workloads as well as virtual systems used in the event of system failure. This approach reduces capital expenditures and ensures that capacity doesn’t sit idle.

Through standard capabilities like dynamic capacity sizing and load balancing, enterprises can easily adapt the environment of IBM Power Systems for SAP HANA to changing business needs and different workloads. They can even go so far as to reallocate unused capacity from the production environment to other use cases, such as development or user acceptance testing.

In terms of resiliency, IBM Power Systems’ default architecture supports a range of enterprise-grade reliability features, including out-of-the-box virtualization that enables efficient failover in the event of a system failure. Also standard: alerts that proactively warn enterprises of problems so they can initiate corrective action before a failure occurs.

Performance is also a big deal, not just for analytics or IoT applications, but for the mission-critical, transactional systems now being migrated to SAP HANA in areas such as fraud detection or transportation and logistics. IBM Power Systems offer four times the memory bandwidth of x86 architectures, which benefits memory-intensive SAP HANA operations, and each Power System processor core can execute up to eight simultaneous threads, compared to just two threads per core for x86 platforms.

Moreover, Power Systems offer another advantage, one that’s due to its significantly bigger processor cache. This feature ensures that data is continuously fed to available processors and results in the agile response so important for large-scale, real-time transaction processing.

The Partnership in Action

This combination of benefits makes the IBM Power System the optimal platform for the Bosch Group’s forthcoming SAP HANA implementations. With a broad footprint across industries such as consumer goods, industrial technology, mobility solutions, and energy and building products, the global giant is one of SAP’s largest installations, running the entire portfolio of applications. As SAP’s strategic direction shifts toward SAP HANA and in-memory technology, Bosch plans to follow suit, eventually migrating its core SAP applications in areas such as enterprise resource planning (ERP) and data warehousing to the new platform, along with future IoT applications, says Erik Thorwirth, SAP’s senior manager of server services for AIX and Linux.

Because of the breadth and variety of SAP applications earmarked for the transition, Bosch believes the IBM Power Systems line, already the platform for its existing SAP footprint, is the best match. The company’s existing expertise in IBM Power Systems, coupled with the platform’s scalability and built-in support for virtualization, positions the organization to deploy new systems quickly without rolling out additional hardware or doing laborious manual configuration, says Volker Fischer, Bosch’s senior expert for AIX and Linux.

“The ability to replicate systems simply is one of the key features, because we will be moving such a large and varied mix of systems to the SAP HANA platform,” Fischer explains. “It makes deployment simpler and more efficient, and our administrative workload goes down.”

The combined platform’s virtualization capabilities will also easily accommodate changing workloads, which is increasingly important in the modern ERP Implementation landscape, Thorwirth says. “We expect the SAP HANA systems of the future to be more volatile in terms of size than classical ERP systems,” he explains. “With the SAP HANA/IBM Power Systems paradigm, we don’t need to get into the data center and apply more physical memory. We can leverage virtualization to create large building blocks that can shrink or grow as needed depending on workloads.”

Another upside for Bosch is the IBM and SAP partnership around digital transformation. The companies are working together in various ways, such as co-locating development resources in Walldorf, Germany, and Palo Alto, California, to pursue a shared product roadmap. The partners also provide integrated services and support so that users have one point of contact, regardless of whether the problem lies with hardware or software. The partners have also committed to co-innovation efforts for IBM Power Systems for SAP HANA, particularly in the areas of the cloud, cognitive computing, customer experience, and industry-specific roadmaps.

As companies like Bosch set out on the road to digital transformation, they need to prepare for the twists and turns along the way. With its proven performance, built-in resiliency, and flexibility for accommodating the shifts of modern business, IBM Power Systems paired with SAP HANA is the best choice for accelerating the journey, helping enterprises reach their destinations and achieve lasting business success.